BITA guidance on Stage V engine identification – BITA
You have 0 items in your cart - £0.00 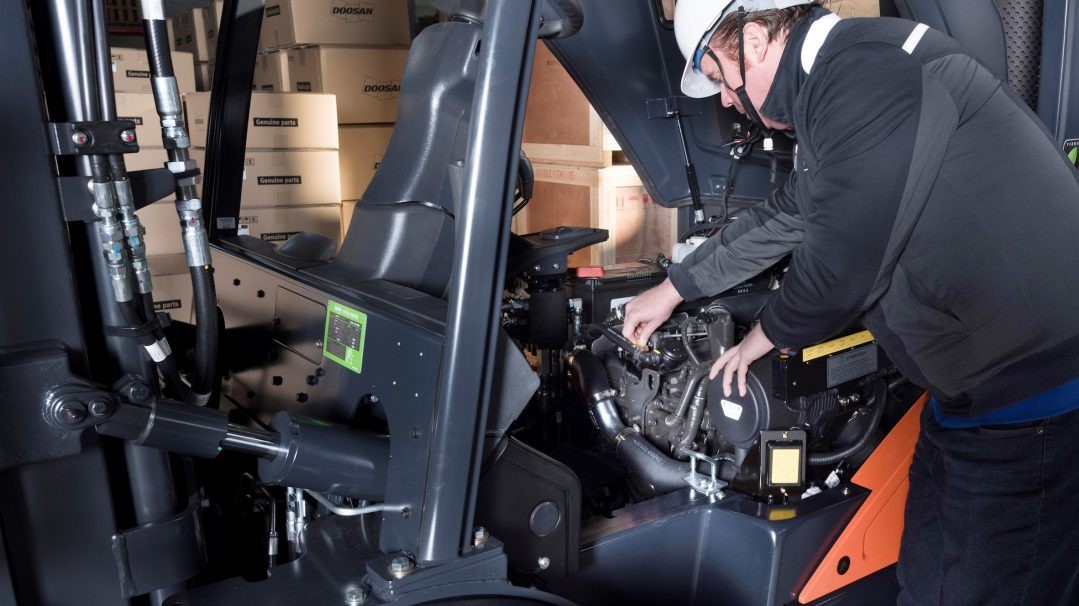 The British Industrial Truck Association (BITA) has updated advice to help companies in the Materials Handling sector better identify Stage V engines and the regulations surrounding them. The association said several companies had already contacted it asking for clarification about the new engines.

One said it had had two new units delivered to it that were thought to be Stage V engines, however, they lacked decals to prove this. It said the units would not be delivered to customers until their Stage V compliance had been authenticated.

Under the current regulations, manufacturers have until 30th June to produce Non-Road Mobile Machinery (NRMM) and tractors fitted with <56kW and ≥130kW ‘transition’ engines, and then until 31st December 2020 to place these machines on the EU market, or the on-road register, or to enter into service.

However, owing the global disruption caused by the Covid-19 pandemic, these dates are under review because many manufacturers using pre-Stage V (transition) engines have found it difficult to complete their units because of an inability to source components from China.

This is causing confusion amongst many companies about what constitutes a Stage V engine and how they can be identified.

David Goss, Technical Manager, BITA said: “It is not a requirement for machines with Stage V engines to have a decal identifying this. In order to establish that the machine is compliant as regards to the exhaust emissions of the installed engine, it is necessary to check the emission marking affixed to the engine. The markings should be visible when the engine is installed in the machine with only necessary access covers to the engine bay open. Where necessary to ensure the markings are visible when installed, the OEM must ensure that a duplicate label is fitted on the engine or machine to fulfil this requirement.”

The markings must include:

A full explanation of the type-approval number is provided in Section 4.1.2 of the ‘Guide to the identification of NRMM’, which is produced by the European Materials Handling Federation (FEM), an umbrella of European trade associations, of which BITA is the UK industrial truck representative.

“The engine marking is a requirement of the (EU) regulation, so any engine which is not correctly marked is non-compliant. Placement on the market of such an engine, or a machine containing such an engine, would be an offence,” added Mr Goss.

The UK Government has transferred European regulations into UK law so the technical emission requirements for NRMM placed on the UK market are not affected by Brexit.

During the Brexit transition period, which is due to terminate on 31st December 2020, the UK is obliged to follow EU requirements, so European type approvals continue to be accepted. Current indications from the UK Government are that, in the event of there being no relevant mutual recognition agreement, for a period after the end of the Brexit transition period (probably of around two years), EU type approvals will continue to be accepted, but that after this, a UK-type approval will be required. There is currently no suggestion that the emission limits will differ between the UK and the EU.