Forklift Truck Market set for modest growth despite Brexit uncertainty – BITA
You have 0 items in your cart - £0.00 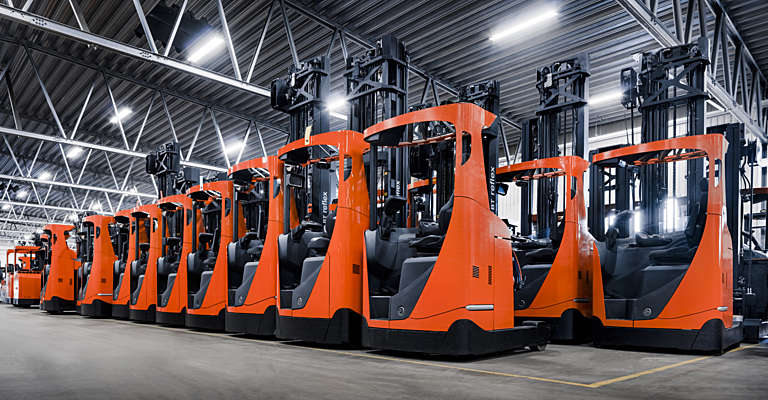 The British Industrial Truck Association (BITA) – the UK trade association for manufacturers and suppliers of forklift truck and associated components and services – has predicted a modest strengthening in the market for the sector despite the economic upheaval imposed by continuing uncertainty over Brexit.

New data from BITA’s latest market analysis, released exclusively to BITA members, is forecasting successive growth over each of the next three years, largely due to increased levels of activity in sectors such as food & beverages, transport & storage, and retail & wholesale distribution.

Last year was a relatively strong one for the forklift truck industry with sales increasing 2.5% to more than 35,000 units.

Sales growth is expected to be a little more subdued during 2019 – partly due to a tough first quarter in the counterbalance market – before climbing markedly in 2020 and 2021.

Recent trends in warehouse bookings have been positive, with Q1 2019 seeing a 14.3% year-on-year growth – although this was in part a reflection of an unusually weak first quarter last year. This rate of growth is unlikely to be sustained over the remaining three quarters, but predictions are for year-on-year growth of around 0.7%, rising to 2.2% during 2020.

By contrast, the counterbalance market fell 4.6% during Q1 2019. However, market conditions are expected to be more favourable for the remainder of the year, resulting in positive annual growth – a trend expected to be repeated during 2020.

One inhibiting factor to wider growth is falling investment in forklift-using industries such as industrial machinery and construction – both historically susceptible to changes in global economic activity.

Macroeconomic data shows GDP strengthened in Q1 2019, although the picture is skewed somewhat due to the precautionary stock-building by firms worried about supply disruption ahead of a No-Deal Brexit at the end of March.

Nevertheless, the positive trend is expected to continue – although Q2 is likely to show softer growth due to the temporary boost to the economy during the first quarter.

On balance, GDP is expected to show modest growth this year, strengthening during 2020.

However, Brexit uncertainty continues to cloud the picture, making it hard for many types of business to plan ahead.

Nevertheless, BITA members are better prepared than most and can develop strategies with confidence due to the detailed analysis carried out by the association on their behalf.

Commenting on the data, James Clark, Secretary-General, BITA said: “With the disruption to the economy posed by Brexit we had been cautious about what to expect in this latest forecast.

“To see a strengthening market – albeit modest – is a pleasant surprise and one that will be welcomed by our membership.

“Having access to such detailed information will be vital in helping our members formulate their strategies for the second half of the year and beyond. Once again it demonstrates why the BITA forecast is an invaluable member benefit and why it is often used as a barometer for the health of the wider UK economy.”

Released twice a year – in late Spring/early Summer and Autumn – BITA forecasts are conducted and authored by Oxford Economics, a leader in global forecasting and quantitative analysis.

BITA is the sole provider of industrial truck sales statistics in the UK, contributed by – and only made available to – BITA members.

BITA’s exclusive market analysis provides an ongoing illustration of market conditions as recorded by all its manufacturing members, who together represent well over 90% of the UK market. BITA thus holds a unique repository of information on the current state and historical trends of the UK fork-lift market.