National Forklift Safety Day Greeted With Widespread Support – BITA
You have 0 items in your cart - £0.00 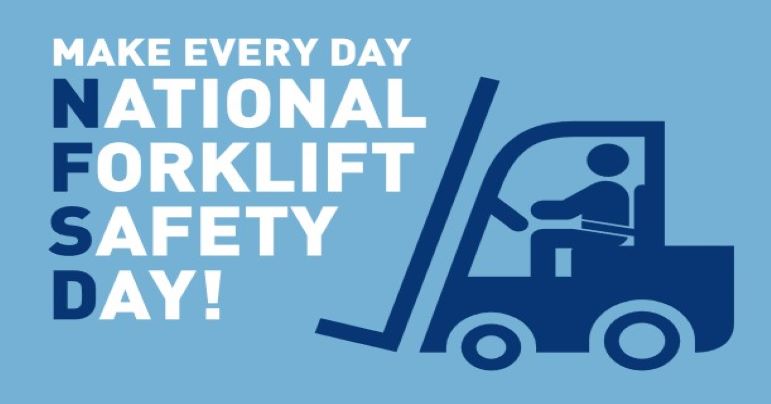 The inaugural UK National Forklift Safety Day (NFSD) – championed by BITA and HSE – has been greeted with universal support by manufacturers, who have pledged to continue promoting best practice and the safe operation of forklift trucks.

The pledge came as BITA members and other stakeholders attended the annual BITA Thought Leadership event and AGM, which was this year held at the William F1 Conference Centre at Grove, in Oxfordshire.

Simon Barkworth, President, BITA outlined to members the importance of the campaign’s core message that seat belts save lives and that management has a responsibility to ensure that operator restraints are always used.

James Clark, BITA Secretary-General, said the decision by BITA to introduce National Forklift Safety Day in the UK had been thoroughly vindicated; garnering widespread support from across the material handling industry.

“It is gratifying that the message behind the campaign has been clearly received but as an industry we must now move forward and ensure that this message is implemented,” he said.

“We must make sure that safety protocols are adopted as industry standard, starting with the proper use of seat belts and other operator restraints.

“Management must also fulfil its obligations to its staff and ensure that all operators are properly trained and supervised.”

During the Thought Leadership event members were given further details about the safety guidance the association has produced.

National Forklift Safety Day z-cards and posters which clearly define the message of the campaign, that Seat Belts Save Lives and that management is responsible for ensuring operator restraints are being used, have been distributed to members.

These are also intended for use by their customers, with the goal of promoting higher safety standards across the industry.

“I have personally been very encouraged by the support our membership has given to the campaign but that is only half the battle,” said Mr Clark.

“We all have a responsibility to ensure that site managers and end-users, as well as the operators, not only know what is safe, but also understand why it is safe.

“Therefore, we must make sure that every day becomes National Forklift Safety Day, and when it comes to safety, every second counts.”

One of the most effective ways of spreading the message and empowering manufacturers and customers alike is the use of social media.

BITA has therefore implemented a new social media campaign, encouraging everyone connected with the industry to showcase their safety-related products and services.

Members have been encouraged to highlight their safety activities on their various social platforms, whilst at the same time encouraging their customers to do likewise.

The hashtags for the campaign are: #NFSD19, #nationalforkliftsafetyday and #BITA.

The importance of the message is reinforced by the latest RIDDOR (Reporting of Injuries, Diseases and Dangerous Occurrences Regulations) statistics, which show that between January 1, 2016 and March 6, 2019 there were 5,700 incidents involving forklift trucks, of which, 58 related directly to the driver restraint system.

BITA is aware of twelve fatal truck-related accidents in the UK in the two reporting years from 2016 to 2018 and of these, at least three of the deaths could have been prevented had the operator worn a seat belt.

The accident statistics offer clear evidence that fatalities are preventable if a forklift operator is wearing a seat belt when a counterbalance truck overturns.

Sadly, it appears that a lack of enforcement by supervisors means there are still deaths and serious injuries recorded in the sector each year. This is a failure of management to meet its legal duty to implement and rigorously enforce a company policy on the use of operator restraints in their fleet.

This cannot be allowed to carry on, which is why we will continue to press home the message of NFSD and why the industry must continue to give us their full support.